In 1904 Dr. William Cunnington recorded one string figure (cat's cradle) from the British Central Africa Protectorate. It was published in 1906.

Between 2016 and 2019 Mr. Martin Probert (United Kingdom) and friends in Malawi increased the number to one hundred and one.

The String Figures of Malawi are published in the Bulletin of the International String Figure Association vol. 25.

A short film, which draws on the collection and the presenters' own knowledge, celebrates the conclusion (2020) of this work.

There is further information about the International String Figure Association (Pasadena, California, USA) here and the Special Issue of the Bulletin (which is the first to be published in colour) is available to purchase here.

"This Malawian figure must surely qualify as one of the most delightful moving figures in the whole corpus of known string-figure designs."

SPECIAL ISSUE: String Figures from Malawi - including some from Rwanda, South Africa, and China

The String Figures of Malawi by Martin Probert, Alisoun Probert, UK, Richard Hewitt, Samson Phiri, Malawi (pages 1-208) - String figure making is alive and well in Malawi. There is an evolving repertoire of figures named after everyday twenty-first century objects. Highly sophisticated manipulations appear in a number of figures. One hundred and fifteen informants contributed to this 2016-2018 study in which excursions were made to different parts of Malawi, 397 movies made, dozens of photographs taken, six exhibitions held, and detailed interviews recorded with eleven of the informants. Eighty-six string figures were obtained, together with an additional ten minor variants, and a further five figures which appeared under a different name and interpretation. Of the eighty-six figures, eighty have not been recorded in Africa outside Malawi. The collection contains much unique, innovative material. One of the figures might be a survival from the msondo (girls' initiation ritual). The informants, one-hundred-and-one female and fourteen male, aged 6 to 60, have been born in, or educated in, 25 of the 28 districts in Malawi. The collection has distinctive features: (i) over two-fifths of the figures are based upon a technique referred to here as the Chishango-technique; (ii) eleven figures represent letters of the alphabet; (iii) almost a third of the figures are derived from ingenious transformations of other Malawian figures.

A ‘New’ Chinese String Figure by Martin Probert, UK, Richard Hewitt, Samson Phiri, Malawi (pages 220-221) - This string figure, although well-known around the world, has not previously appeared in BISFA articles on the string figures of China.

The film is dedicated to the principal author of The String Figures of Malawi, Mr. Martin Probert.

Three other films preserve lightly edited video clips of string figures that were recorded in the course of research for BISFA 25.

String in the Southern Region of Malawi 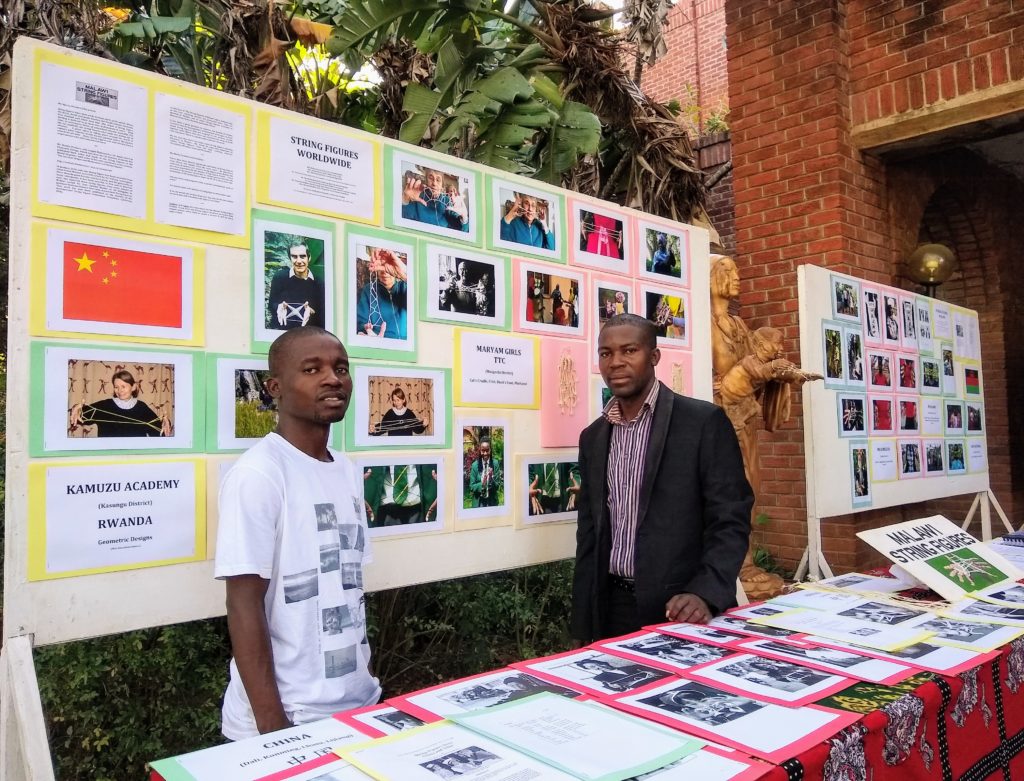