Fantastic Tales About Minibeasts in the Garden

A delightful book for anyone interested in nature and wildlife. Fascinating tales full of charm and quirky happenings.

We meet the two friends as they emerge in the spring sunshine, follow them through the warm summer months and a long drought, through an autumn storm, and say farewell to them as winter approaches. A year’s adventures.

During the drought the animals organise an underground concert in which a small beetle sings a song. “It’s a humorous song” she began, “about our hosts.” There was a pause, then she added shyly, “About Woodlouse and Earwig.”

On the way we meet other inhabitants of the garden, a mysterious plume moth, a dreaming snail, acrobatic grass hoppers, birds, insects, other animals . . . and humans too, of whom Earwig says he “never could make out one half of the odd things they do”. 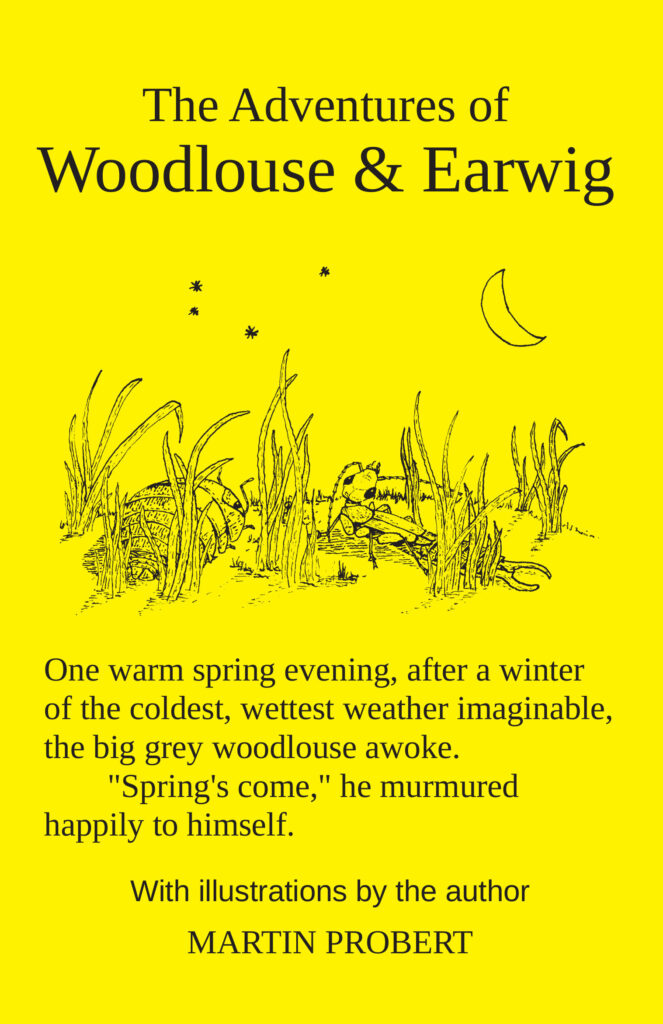