Street conjuring was a common sight in Shakespeare's England. In this article we look at what use Shakespeare made of the juggler, and the jugglers’ tricks, in two of his plays, Othello and The Winter’s Tale.

We offer fresh interpretations of the phrases ‘hinge nor loop’ and ‘exit pursued by a bear’.

In addition we reveal that Shakespeare knew exactly how one of the street-conjurers’ tricks was performed, and we demonstrate – with the aid of photographs - that although the method by which that trick was accomplished is described within Shakespeare's text, it has lain unnoticed for over 400 years.

In the final part of this article we argue that Shakespeare had two objects when staging the illusion scene in The Winter’s Tale, firstly to flatter King James, and secondly to obtain justice for the jugglers at a time when sleight of hand and witchcraft had often been seen as one and the same thing. 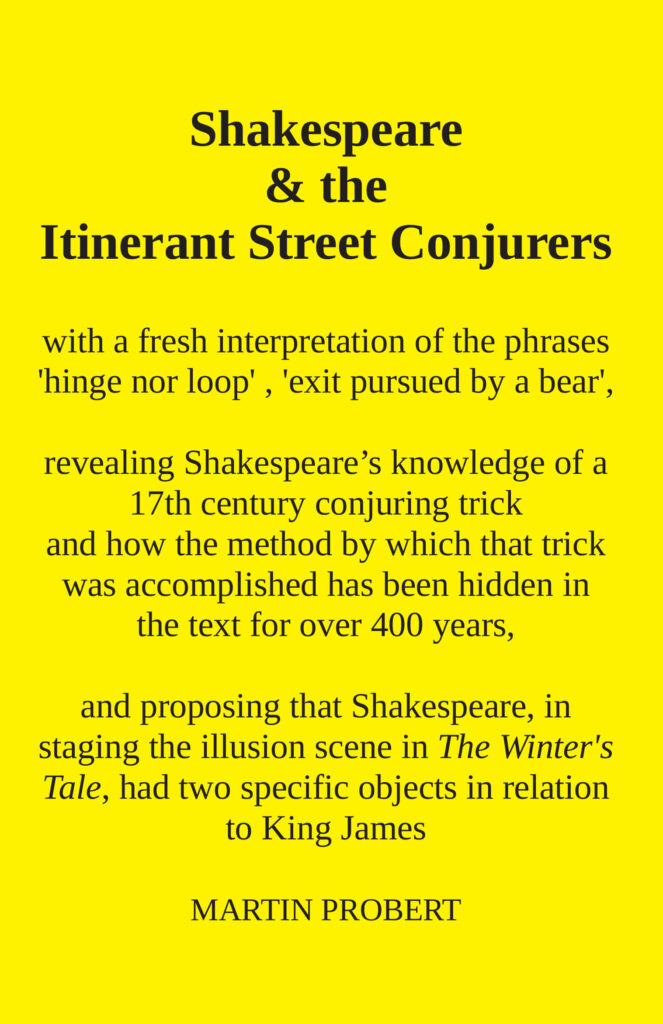